The Stations of the Cross

The custom of meditating on the Passion of Christ in the places made holy by His suffering dates back to Jerusalem itself between the 12th and 13th centuries. To this very day, especially on Fridays in Lent, Catholics pray in this same way in their churches, stopping for a brief reflection at each of the fourteen stations.

At the first station, the Jerusalem Cross carved from white stone on the pavement indicates the place where the Passion of Christ began. Subsequently, we pass from station to station, meditating on a particular aspect of His suffering as described in the Gospels and thanking the Lord Jesus and the Virgin Mary, Mother of Sorrows, for the gift of Redemption. At Station XII - Calvary (9 on the map), we consider the death of Christ on the Cross. Here, we see Jesus crucified, and next to him, Mary and Saint John the Apostle. Let us remember the words of the dying Christ, spoken from the Cross to the Holy Mother: "Behold your son" and to John: "Behold your mother."

According to an ancient Jerusalem custom, you can ascend to Calvary "on your knees" by centrally located “sacred stairs” (Scala Santa); here, we have a set of 33 marble steps, one for each year of Christ’s life.

The fourteenth and last station is the Tomb of Christ. There Jesus is laid in the grave. Inside the tomb of Jesus, you can find on the wall “The Seven Sorrows of Mary” depicted in marble reliefs. 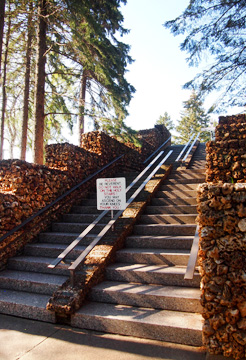 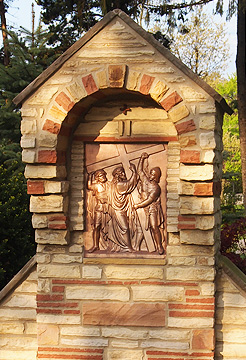 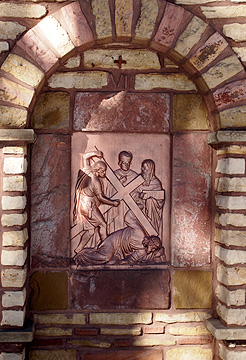 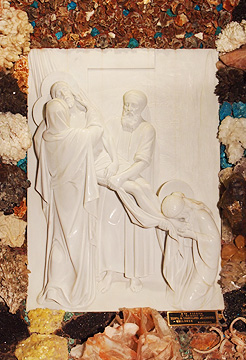 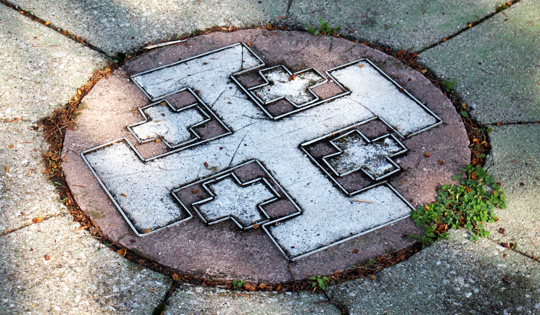 We encourage you to engage in quiet, personal prayer

Reflections on the Stations of the Cross (mp3)