St. Raphael Kalinowski OCD (1835-1907) is the spiritual father of the Order of Discalced Carmelites in Poland.  He renewed the Order after the period of wars and upheavals.  He was renowned as an outstanding confessor, spiritual director, and superior, who brought others to Christ more by the example of his faithful and heroic love of neighbor than by word.

This monument, unveiled in 2007, on the 100th anniversary of the death of this illustrious Discalced Carmelite saint is called The Golgotha of the East, which recalls the victims of the Katyń Forest massacre (1940), inflicted on Polish officers and members of the Polish intelligence by Communist Russia, as well as the tragic fate of thousands of Polish people who gave their lives for God and Country.

Saint Raphael, distinguished son of the Polish Carmel, is their patron. While devoting his life to the service of his country, he himself suffered the pains of exile and the torture of the labor camps. Further, as priest and confessor, he managed to transform suffering and the cross into faith and love. This became an instrument of reconciliation between man and God in the Sacrament of Confession and among nations in conflict with each other. At the feet of St. Raphael stands the white eagle, the symbol emblazoned on the Polish coat-of-arms, along with a small stone urn containing soil brought here from the Katyń Forest.

St. Raphael, who had been not only a military engineer but also a teacher and educator prior to his religious life, is the patron of the Polish School located at this monastery. 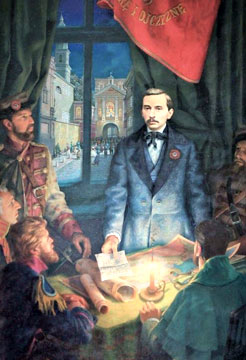 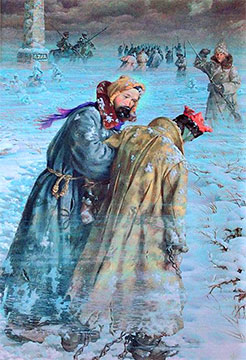 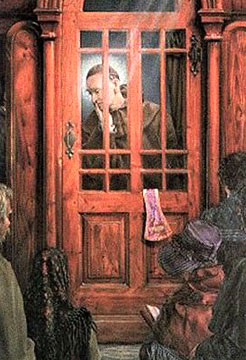 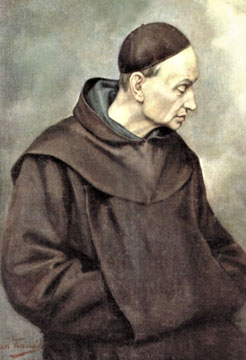