St. Maximilian Maria Kolbe (1894 – 1941), a Polish Franciscan priest and missionary (Japan, 1931 – 1935), not only gave his life for a fellow prisoner at Auschwitz but had already devoted his life completely to the service of God and the Church.

He founded a monastery dedicated to the Blessed Virgin Mary, called “Niepokalanów” (“The Immaculate One”) in 1927. At this time, it was the biggest Catholic monastery in the world (with a number of about 700 monks) and a center of Marian devotion from which he published “The knight of the Immaculata”.

In August 1941, Maximilian carried out his heroic act of love of neighbor when he begged his oppressors to let him die in place of another prisoner, Franciszek Gajowniczek. After two weeks in a starvation bunker, he was killed by a poisonous injection and his ashes added to those of the other victims of Auschwitz.

Former prisoners of concentration camps funded this monument which, enclosed in barbed wire, brings us face-to-face with the reality of these death camps.

The heart, the symbol of brotherly love, which St. Maximilian holds in his right hand, contains the ashes of the victims of Auschwitz. He stretches out his left hand toward the grotto of the Virgin Mary as a sign of his devotion to her through whose intercession he wished to gain the whole world for Christ. 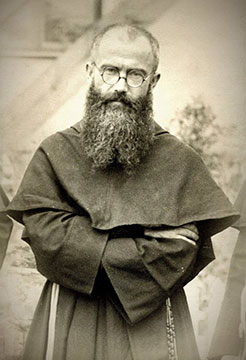 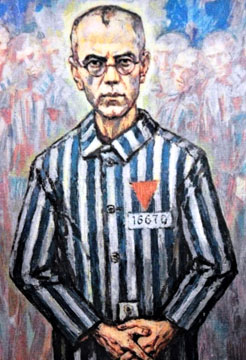 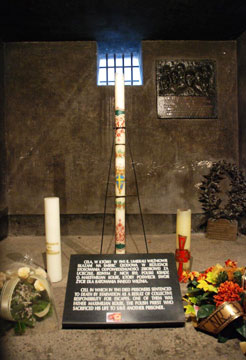 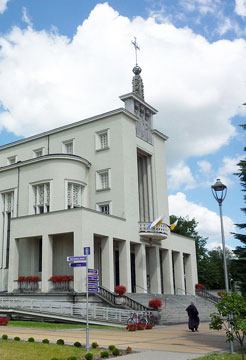 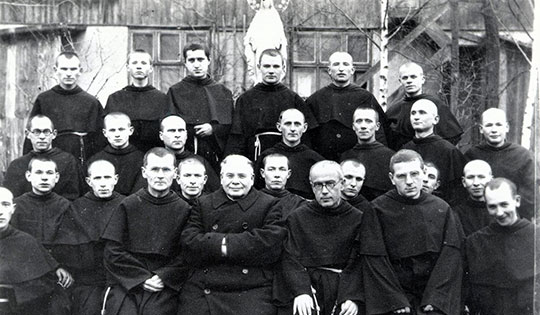