St. Therese of the Child Jesus with her father, St. Louis Martin

Therese Martin (1873 – 1897) was born in France. Upon entering the Discalced Carmelite Order of nuns in her native Lisieux, she assumed the religious name Therese of the Child Jesus and the Holy Face. In her life and writings (especially her autobiography entitled The Story of a Soul, she passed on to the Church “the Little Way of Spiritual Childhood,” teaching us the path of childlike trust, merciful love, and simplicity in our relationship with God.

"My mission - to make God loved - will begin after my death," she said. "I will spend my heaven doing good on earth. I will let fall a shower of roses." Countless millions have been touched by her intercession and imitate her "little way."

Pope St. Pius X called her "the greatest saint of modern times”; in 1927, Pope Pius XI declared St. Therese the Patroness of the Missions; and in 1997, pope St. John Paul II declared her a Doctor of the Church.

This monument portrays Therese as a teenager sitting on a bench next to her loving father (her mother died when she was 4 years old). It is an allusion to the conversation of the 14-year old Therese with her father, described in The Story of a Soul, in which she asked him for permission to enter the Carmelite convent.

In the year 2015, Pope Francis canonized Louis and Zelia Martin, both parents of the “Little Flower.” 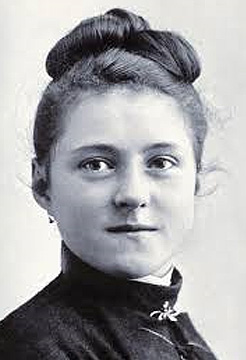 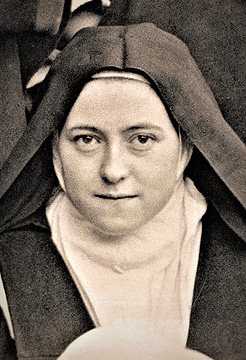 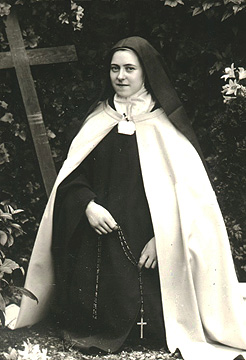 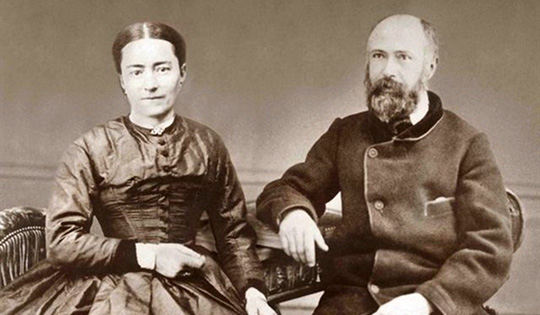 Louis and Zelia Martin, both parents of the “Little Flower”- St. Therese