Grotto of the Blessed Virgin Mary (Mother of God)

The Grotto of the Blessed Virgin Mary was finished in 1962, but the idea to build it arose in Carmelite Community when we celebrated the Holy Year in 1954. The Community dedicated this grotto to the Virgin Mary, so decided to build it as a token of gratitude to her.

The walls of the grotto are fashioned from sponge rock, extracted from a quartz formation and brought here from an exploratory mine in the Ozark Mountains of Missouri; over 250 tons of sponge rock were used to build the grotto. The stars as well as the white rock forming a crown at the front of the grotto call to mind the vision of St. John from the Book of Revelation (12:1):  “Then a great sign appeared in the heavens: a woman clothed in the sun, with the moon at her feet, and on her head a crown of twelve stars.” At the left of the altar, we see the figure of St. Bernadette at prayer, as she looks upon the Virgin Mary under her title as Our Lady of Lourdes.

All the statues found in the grotto were sculpted in Italy from Carrara marble – the very same rock from which Michelangelo fashioned his masterpieces!

There is the Chapel of the Assumption on the second floor - the first chapel of its kind in the world, covered with fluorescent rocks, which in the dark, under the influence of invisible ultraviolet rays, emanate with rapturous beauty and their unusual colors. The alabaster stature was brought here from Rome, where it received first prize at the art exhibit of the Marian Year 1954. Ascending the stair to the next level, we notice from a distance the central image of Our Lady of Częstochowa, Poland’s Queen and main Patroness. The Częstochowa Chapel is a reflection of the Polish patriotic spirit. 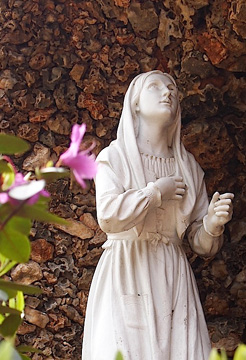 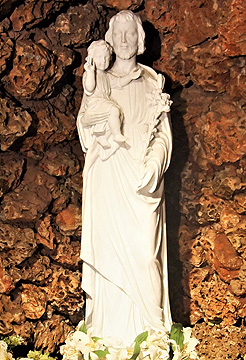 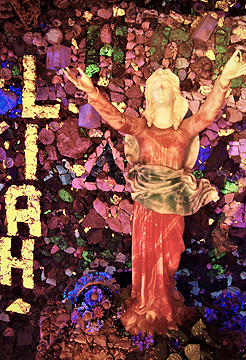 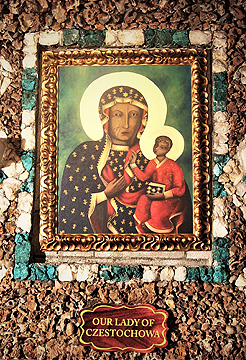 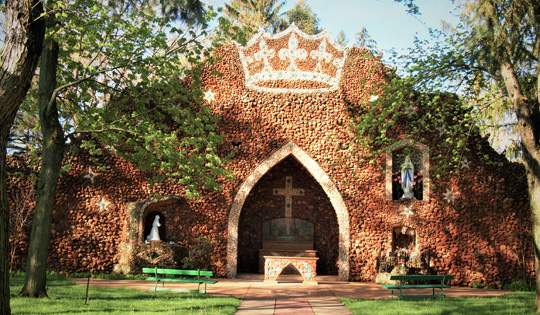 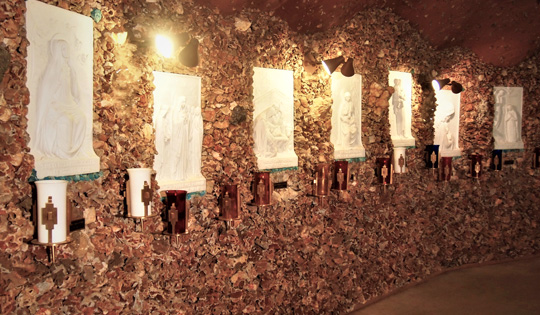 COMMENTARY ON THE INVOCATIONS OF

THE LITANY OF LORETTO